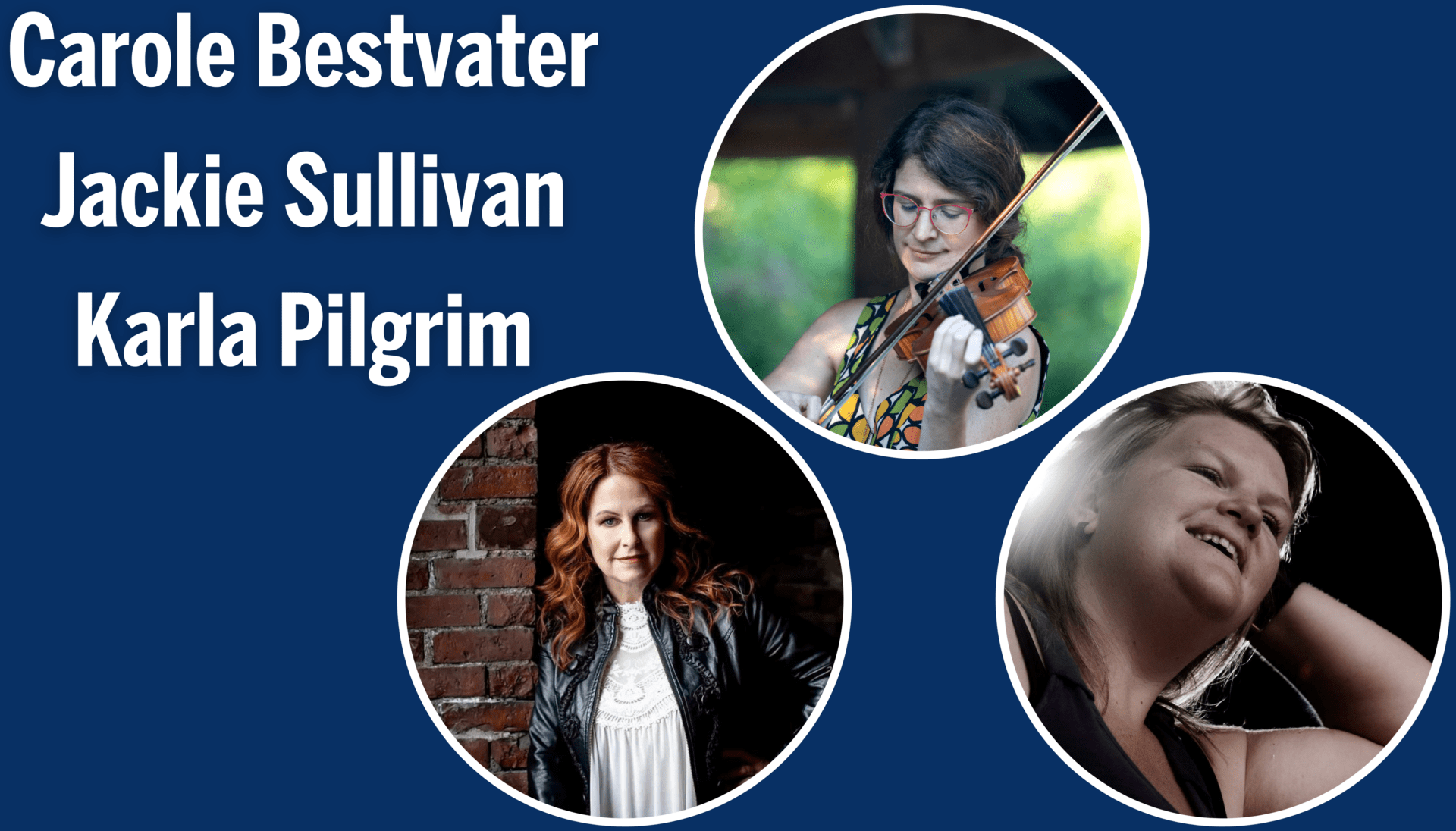 Passionate about community and education, Carole is a sought after musician. She is a freestyle fiddler, equally as comfortable playing Bluegrass, Irish, Newfoundland, Old Time or Appalachian folk styles. You can catch her performing with a number of local bands and ensembles such as Youngtree and the Blooms, High & Lonesome, Sizzle Sisters, Crooked Stovepipe, or performing classical music with the Strong Harbour Strings Collective, the Newfoundland Symphony Orchestra, or the Watershed Ensemble.

Three time MusicNL award winner and two time ECMA nominee, Roddickton, NL native Karla Pilgrim has spent the last 15 years winning over audiences from coast to coast. After 11 years in the country vocal trio The Secrets, Karla continues to perform as a solo act as well as with duo partner Jackie Sullivan. 2021 was a very busy year for Pilgrim – hitting the road with Sullivan and recording new music with her band LadyLike, as well as making her debut with the Spirit of Newfoundland.

Singer/songwriter Jackie Sullivan has been immersed in music her whole life. In 2002, Sullivan released her debut album Out of the Rain and was named Music NL’s Female Artist of the Year and the CBC Galaxie Rising Star. In August 2019, Jackie released her sophomore album Find Your Light to several sold out shows. Filled with roots based and contemporary original material, Sullivan’s new record is laced with storytelling songs of legacy and strength. She continues to perform and write with her musical partner of 18 years, Karla Pilgrim.