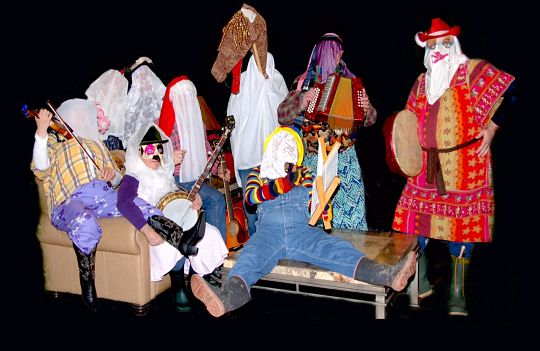 The Mummers and the Paupers

The Mummers and the Paupers are a 10 member mummers troupe with a repertoire of music, skits, stories and recitations. The troupe has performed for local charities and international conferences, featured on both local and national CBC television, in The Walrus magazine and in the British newspaper The Guardian. The troupe is the longest running act at the annual NL Folk Arts Society’s Christmas Wassail and has performed for the Mummers Festival on several occasions.