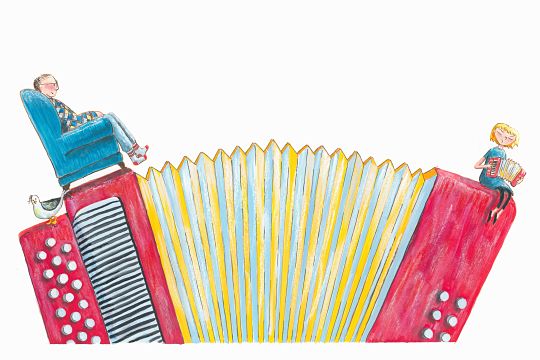 The Mystery of the Portuguese Waltzes

Running the Goat, Books & Broadsides and the Newfoundland and Labrador Folk Arts Society are joining forces to mark the release of The Mystery of the Portuguese Waltzes, a children’s book celebrating the creativity and spirit of legendary accordion player Art Stoyles, and the way music builds connections across ages, oceans, and cultures.

The book was written by Richard Simas and features artwork by Caroline Clarke.

Please join us to celebrate Art and The Mystery of the Portuguese Waltzes, Wednesday, December 11th at the Ship Pub, 9pm to 11pm.

Featuring performances by Tamsyn Russell and the Bannerman Park Band, as well as a short reading by author Richard Simas.

Books will available for purchase. Refreshments will be served. Tamsyn Russell has been performing at the Newfoundland and Labrador Folk Festival since the age of five and is proficient on button accordion, piano, guitar, flute and drums. A singer… Read More