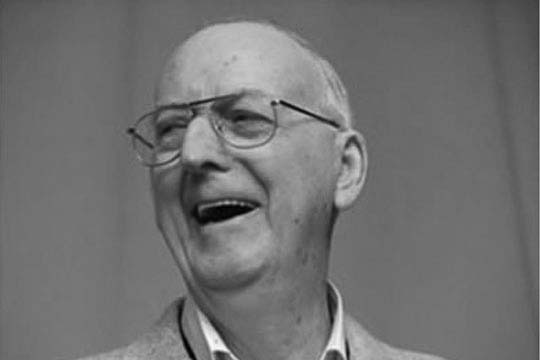 Every cove and bay in this Province has its own repertoire of dance tunes, or at least, its own names for them. There are some tunes, however, that are known everywhere, and are even known by the same name all over the Province. Such is the nature of Wilf Doyle’s influence on the canon of Newfoundland instrumental music that even now, fifty years after the release of his first album, these tunes are identified by accordionists in this province as “Wilf Doyle tunes.”

Wilf Doyle is a pioneer who can be counted among the first of this province’s professional musicians. Starting in 1944, WILF DOYLE AND HIS ORCHESTRA toured all over the Island, playing concerts and dances at the navy and air bases and in larger communities. It took skilled and versatile musicians to play for dances in those days in Newfoundland. The band might be called upon or to play anything from the latest popular “radio tunes” like Maple Sugar or Little Burnt Potato to foxtrots tothe local square-dance repertoire, or to sing anything from I’s the B’y to the latest of Kitty Wells’ country hits. Doyle and his Orchestra, with his wife Christina Barron as fiddler, guitarist and lead singer, could and did play it all. The band supplemented this material with a liberal helping of traditional Newfoundland dance music, accompanied in the same way as the popular music was – with guitar, bass and drums. This was a new synthesis of traditional and popular music which proved to have broad appeal, and influenced the sound of recorded Newfoundland music for decades after. Traditional Jigs and Reels of Newfoundland (Rodeo RLP-10), Wilf Doyle’s first LP of instrumental tunes, accompanied in this style, was released in 1956, and Newfoundland popular music was born. Ten more albums followed over the next three decades, plus guest appearances on radio, on CBC-TV’s All Around the Circle, and on other musicians’ albums, such as Dick Nolan’s hit single, Aunt Martha’s Sheep.

For his broad and incalculable influence on the accordion music of the Province, the Newfoundland and Labrador Folk Festival is pleased to present Wilf Doyle with the Lifetime Achievement Award.

Wilf Doyle was born in Conception Harbour in 1925, and now resides now in Holyrood. He still plays the accordion.